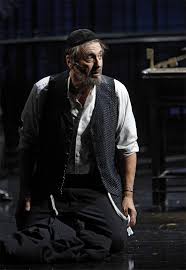 THE PUBLIC THEATER’S PRODUCTION OF THE MERCHANT OF VENICE TO GO ON HIATUS ON JAN. 9

Merchant of Venice takes a break while Al Pacino honors his film commitment. You have until Sunday, Jan. 9th to see it and then three weeks starting Feb.1 through Sunday, February 20 at the Broadhurst Theatre (235 W. 44th Street).  A new block of tickets is on sale.

THE MERCHANT OF VENICE is one of Shakespeare’s most thrilling and controversial plays, rich with love and betrayal, forgiveness and revenge.  The Jewish moneylender Shylock makes a loan to Antonio, a Christian merchant.  Their loan contract, steeped in prejudice and centered on the play’s infamous “pound of flesh,” sweeps the two men and everyone in their worlds into chaos.  Only the insightful Portia can imagine a way forward, but for her and those she loves, even “the quality of mercy” has its limits.

THIS SHOW DOESN’T COST YOU A POUND OF FLESH 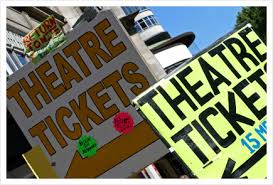 This show does have a ticket lottery which you definitely will want to use as a resource. A limited number of tickets in the mezzanine will be sold via lottery for THE MERCHANT OF VENICE.  Entries will be accepted at The Broadhurst Theatre beginning one and a half hours prior to each performance. Thirty minutes later, names will be drawn at random for seats in the mezzanine. Only one entry is allowed per person. Cards are checked for duplication prior to drawing. Winners must be present at the time of the drawing and show a valid photo ID to purchase tickets. Limit one entry per person and two tickets per winner. Subject to availability. Lottery tickets are $31.50, including the facilities fee.

Check out our post on Broadway Lottery System to find out how this works. The Artsy Fartsy Show want to hear from you if you saw it. Comment below tell us what you thought.

Also pretty cool fact about this production on Broadway having a reason to boast (given the many shows this year that have tanked financially). The Public Theater (Artistic Director Oskar Eustis; Executive Director Andrew D. Hamingson), Jeffrey Richards and Jerry Frankel announced today that the Broadway production of Daniel Sullivan’s critically acclaimed production of THE MERCHANT OF VENICE has recouped its capitalization of $3.45 million after only 10 weeks. The critically lauded Public Theater production that began at the Delacorte Theater in Central Park this past summer prior to moving to Broadway was one of the most well reviewed shows of the fall season.