Listen to the Artsy Fartsy Show on WBAI 99.5FM Tuesdays at 2pm or online http://stream.wbai.org

MY ART IS BEAUTIFUL TOO!

This week feature the first part of our two week feature on the African-American and African Diaspora Artistic Experience in the United States.

Tuesday, Jan. 10th, we will have a panel of emerging artists that will talk about various experiences and challenges that face them.

Chandra Thomas, originally from New York, this young, busy and dynamic talent is currently in rehearsals for Lynn Nottage’s Pulitzer Prize-winning play, Ruined. She recently wrapped shooting HBO’s highly anticipated production, Too Big To Fail and just returned from Denver Theater Center’s New Play Summit where she worked on Lisa Loomer’s most recent play and premiered her latest solo show, Forgive to Forget as part of Passage Theatre’s Solo Festival. chandra is co-producing the LOVE/YOUTH Project, a collaborative theatrical response of professional artists to the violence against LGBT youth. She is also the founder of For The Artist (www.sitefortheartist.com), a company providing innovative workshops, tools and seminars specifically empowering artists to become working professionals.
BE Rivers– Born and Raised in The Bronx NY,BE Started Acting at the age of 10 years old,He Studied Acting at LaGuardia H.S of Performing Arts and
Directing at the School of Visual Arts. At age 18 BE wrote/directed and Starred in the Short Film “My Little Brother Cliffy” which appeared on The ShowTime Cable network.
BE was an original member of The Classical Theater of Harlem having Starred in their productions of “Native Son” playing Bigger Thomas and “Ma Rainey’s Black Bottom” playing the role of Sylvester for which has was Nominated for a Audelco award for best Supporting Actor. BE is also an Original cast Member of Of The Hit Play now in it’s 9th year “Platanos and Collard Greens”. BE is also creator of TheUrbanChase, an Actor’s Group that provides Improv and Character building Workshops for Actor’s. For More Info Search TheUrbanChase on Facebook/Twitter or Youtube. or emailTheUrbanChase@gmail.com

Bayeté Ross Smith is an artist, photographer, and educator living in New York City. He is represented bybeta pictoris gallery/Maus ContemporaryHe began his career as a photojournalist with the Knight Ridder Newspaper Corporation. Bayeté has exhibited with the San Francisco Arts Commission at San Francisco City Hall, the Oakland Museum of California, MoMA P.S.1, the New Museum, Duetsche Bank, Rush Arts Gallery, the Leica Gallery, the Newark Museum, the Patricia Sweetow Gallery, the Goethe Institute (Ghana), and Zacheta National Gallery of Art (Poland). His collaborative film with the Cause Collective screened at the 2008 Sundance Film Festival.He has also been involved in a variety of community and public art projects with organizations such as the Jerome Foundation, Alternate Roots, The Laundromat Project, the city of San Francisco and the city of Atlanta.

His photographs have been published in numerous books and magazines, including Dis:Integration: The Splintering of Black America (2010), Posing Beauty: African American Images from the 1890s to the Present (2009), Black: A Celebration of A Culture (2005), The Spirit Of Family (2002); SPE Exposure: The Society of Photographic Education Journal, Black Enterprise Magazine, Working Mother Magazine, and the various publications of Village Voice Media. 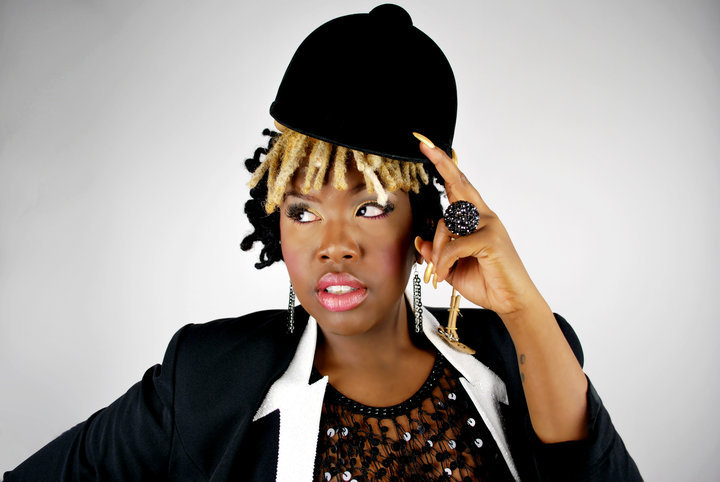 In the tradition of Miles Davis, Fela Kuti and Zach Condon, TreZure Empirerealized her fancy education hadn’t prepared her for life’s work: creating new world music. A brown skinned girl with bright blonde bangs from The Bronx, she found her calling in traditional and folk vocals  of chain gangs, ring shouts, Lebanese love songs, flamenco and Afro Cuban spiritual songs and 80s synth pop, glam rock r+b and new jack swing that she grew up on.In 2008, she moved  up from the jazz and small venue circuit in NYC as a feature vocalist for several bands, to performing with her own ensemble in the city’s top venues, including South Paw, Webster Hall, Santos Party House and The HighLine Ballroom. By 2009 she opened for Omar, Talib Kweli and Res, and by 2010 and 2011  she opened for two of her greatest influences, Van Hunt and Bilal.In 2010 TreZure released her debut EP DON’T HOLD BACK and fulfilled her first international tour in Tokyo, Japan.  In Shibuya, she recorded her 2011 release “Astral Plane”, an ethereal ballad featured on her first full-length album THE SHIVERS, which she is currently recording.
ALSO PERFORMING
Jon Braman and Arthur Lewis Perform a the tribute Happy Birthday song by Stevie Wonder to Dr. Martin Luther King.
Please share your experiences as an artist of color. Please comment below.