THIS WEEK ON THE ARTSY FARTSY SHOW…

Finding the Funny in Life Through Art 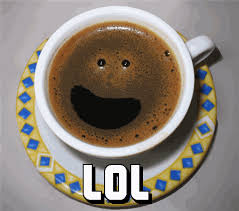 LOL show is airing with comedians, artists, and musicians who will share their thoughts about their success in their respective industries.

Today’s show is our annual light show – finding humor in the bizarre and scary, stand-up comedy and much more. 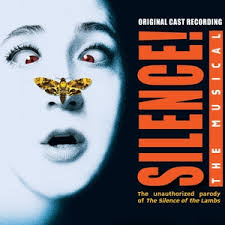 Silence! The Musical is an award winning musical, that is raucously funny and pungent.

SILENCE! The Musical,The unauthorized parody of The Silence of the Lambs, with book by Hunter Bell, music & lyrics by Jon and Al Kaplan, and direction & choreography by Christopher Gattelli, opened July 9, 2011 to unanimous rave reviews.The show immediately became a sold-out phenomenon and was selected by Time Magazine as one of the year’s Top 5 Musicals.

In the Academy Award-winning film The Silence of the Lambs, rookie FBI agent Clarice Starling matches wits with the brilliant but insane cannibal, Dr. Hannibal Lecter, to catch the serial killer known only as Buffalo Bill.Clarice faces her own demons while racing the clock to unlock Lecter’s clues before another innocent girl is killed and skinned by Buffalo Bill. The laugh-out-loud naughty satire, SILENCE! The Musical, features a singing chorus of floppy eared lambs narrating the action as Buffalo Bill gleefully dances a hoedown while kidnapping hapless Catherine Martin. Even Dr. Lecter, scary as ever, sings about the life he’d like to lead someday outsidethe prison walls.

AND GUESS WHAT? They’ve written Artsy Fartsy Show into the Musical for the Wednesday, April 4th performance. Here the scoop from BroadwayWorld.

Harrison Greenbaum has made many audiences laugh with his personality and is also the co-producer of one of the most successful weekly comedy shows in New York City.

Harrison  is a stand up comedy person, who put smiles on peoples face, and makes them laugh. He is also the co-founder of the Harvard College stand-up comic society. As a senior, Harrison received the Gordon W. Allport Prize from Harvard’s psychology department. He currently lives in Manhattan where he does his stand up comedy. Harrison has performed in more than 600 shows on average, and has been featured on Spike TV, Discovery Channel, and Sirius Satellite Radio. Other works that Harrison has done are being a creator and co-producer of the longest running and successful weekly comedy shows in New York City. From colleges to comedy clubs, Harrison brings his unique style of comedy to audiences across the country and across the world. 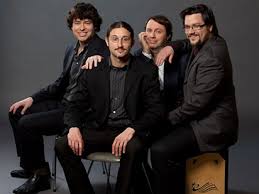 The band is led by leader Richard Grime and will perform live in the cities of Boston and New York City.

By fusing traditional and specially made ethnic instruments, CORDIS showcases a unique perspective on 21st century chamber music. “We offer an intriguing mix of instrumentation from vintage keyboards to one-of-a-kind indigenous percussion,” explains Grimes.  “By redefining the makeup of a chamber group, we’re creating this whole new, uncategorical sound.”

Jack Dourakos will interview Richard Grimes, composer/concert cymbalist who specializes in contemporary orchestral and chamber repertoire for the instrument. Since 1999, Grimes has performed extensively throughout North America with Symphony Orchestras (cwww.concertcimbalom.com) and with CORDIS.  In addition to writing repertoire for the instrument, Grimes has also authored the book Gypsy Son: The Evolution of the Concert Cimbalom, which chronicles the divergent paths of the classical and gypsy concert cimbalom performance practices throughout the 20th Century. After receiving his Bachelor of Music Performance from Peabody Conservatory/Johns Hopkins University, Grimes graduated from Yale with a Masters in Music Performance and subsequently from New York University with a Ph.D. in Music Performance and Composition.  Grimes currently serves as the Executive Director of the American Concert Cimbalom Festival held in Boston each summer.

-Robin displays one of her artistic
works by making M&M’s out of
stone sculptures.
Robin Antar is a Brooklyn artist who makes stone sculptures of realism and also abstract pieces. She is the first woman ever to be exhibiting at POP International galleries at 473 West Broadway in Manhattan. Her sculptures are made with such detail they are often mistaken for the real thing. Many of her works are on view including BOXING GLOVES (Cararra Marble and Bronze),YORK PEPPERMINT PATTIE(carved stone then cast in stainless steel), BAG OF OREO COOKIES (carved marble) and CREST TOOTHPASTE WITH BRUSH (carved marble and vinyl).
Melissa Silver our resident Brit sat down with Robin to talk about her exhibit.